Towards the end of June 2021, the Gauteng Department of Agriculture and Rural Development (GDARD) informed the public of an outbreak of Rabies in the Cradle of Humankind area. Near the end of August 2021, the Western Cape government issued a warning of a new rabies outbreak and encouraged pet owners to ensure their pets' rabies shots are up to date. In early August, three women were attacked by a honey badger and tested positive for rabies, while earlier in September, a young boy in the Eastern Cape died from rabies as the result of a dog bite. Traditionally, rabies was considered to be restricted to Kwa-Zulu Natal and KZN was declared an endemic area for rabies. Unfortunately, it is no longer the case and the whole of South Africa is now considered endemic.

World Rabies Day on 28 September 2021 is an international effort to raise awareness about this terrible, yet totally preventable disease. 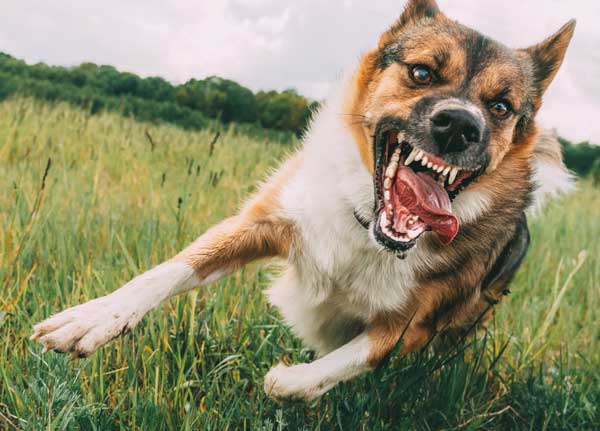 Rabies is a zoonotic disease (passed from animals to humans) caused by infection by the lyssavirus, which attacks the nervous system of humans and other mammals like dogs and cats. It causes a range of symptoms and culminates in brain inflammation and ultimately death. Rabies kills around 55 – 60 000 people globally every year, with about 99,5% of those deaths resulting from dog bites. Rabies in pets is caused by the infectious saliva of a rabid animal entering the bloodstream of another animal due to a bite, scratch or lick. Rabies is incurable, so vaccination against rabies and keeping healthy pets away from infected animals are the only preventative measures against this disease.

How do pets get rabies?

Rabies is present in many wild animals – from rodents and bats to rabbits, meerkats, monkeys (less commonly) and honey badgers – and when pets have altercations with wild animals, they can contract rabies in the process. Pets whose rabies vaccinations are up to date can survive the infection, which is why it's so important to follow the vet's advice when they send reminders and to ensure all pets are vaccinated.

How will I know if my pet has rabies?

The signs of rabies infection include behavioural and physiological symptoms.

When a usually calm animal suddenly starts displaying aggression, this is called 'furious rabies'. The animal may become easily agitated and may also show signs of an insatiable appetite, eating stones, dirt and anything it can find. As these symptoms progress, the animal eventually becomes paralysed and is unable to eat or drink. It may then have seizures that result in death.

In dogs, the most common sign of rabies comprises symptoms of 'dumb rabies'. The dog's face may look distorted, their walking pattern will look uncoordinated and their limbs could become progressively paralysed. They may show difficulty swallowing and as these symptoms progress, the animal is likely to slip into a coma and die. These final stages may resemble a long, drawn-out choking episode, so absolute care must be taken in examining or touching the dog, as the saliva may still be infectious.

How long will it take before my pet shows symptoms of rabies?

The rabies virus may incubate anywhere from three to 12 weeks before symptoms start to show. Sometimes symptoms develop in a much shorter or much longer period of time, depending on where on the body the bite occurred and how much of the virus entered the bloodstream. However, at the onset of symptoms, it's important to note that rabies is not treatable and will be fatal. This is why it's crucial to keep pets vaccinated against rabies and to get them treated for animal bites or any skin lesions as soon as possible and not wait until the symptoms show up.

What should I do if I suspect my pet has rabies?

If your pet has been in a fight with a stray animal (domesticated or wild), take note of the type of animal it was if you happened to see the fight and make sure you can give your vet all the details of the animal. Clean the wound with soap and running water for 10 minutes and then get your pet to the vet as quickly as possible.

How will the vet diagnose rabies?

In an ideal situation, the vet would need to observe the animal that bit your pet to determine how likely it is that it (and subsequently your pet) has rabies.  Unfortunately, the only way to confirm the presence of rabies is to do a post-mortem test on the brain. The vet will ask whether you observed the animal that bit your pet and what kind of behaviour you noticed. In many instances, pet owners don't see the biting animal and only notice their pet having been injured. In this case, if the vet suspects rabies, your pet will receive a rabies booster injection and be quarantined and observed for any symptoms of rabies that may begin to show. In a case where there is a strong suspicion that your animal was bitten by an animal with Rabies and your animal is exhibiting all the signs and symptoms of rabies, legislation determines that the State Veterinary may have the obligation to insist that your animal be put to sleep (euthanised). Nobody would like that and therefore vaccinations are so critically important.

What will the vet do if my pet has rabies?

If your pet's rabies vaccinations are up to date, they have the strongest defence against contracting rabies from an infected animal. If a pet dog or cat's rabies shots are not up to date and their last vaccination was more than three years ago, they are likely to contract rabies from a rabid animal. If the vet diagnoses rabies from visible symptoms, the most humane thing to do would be to euthanise the pet, since there is no cure for rabies once the symptoms begin to show. In a case where there is a strong suspicion that your animal was bitten by an animal with Rabies and your animal is exhibiting all the signs and symptoms of rabies, legislation determines that the State Veterinary Service may insist that your animal be put to sleep (euthanised). Nobody would like that and therefore vaccinations are so critically important.

Can rabies be treated?

Unfortunately not. The best course of action against rabies is prevention.

How can I prevent my pet/s from getting rabies?

If you have any concerns about rabies or questions about the rabies vaccination protocol, speak to the vet and make sure your pet/s are protected against rabies.